These are the issues Chip Ingram tackles head on in his new book Culture Shock.  Seeking to bring the light of Jesus Christ to these issues as opposed to the heat of emotions, Ingram does not shy away from truth.

Every issue that Ingram tackles is looked at from both the pro and con viewpoint.  He then looks at what the Word of God has to say. When the absolute truth of God's Word is applied, what we see is a wonderful balance of truth and love.

This book may make some uncomfortable and I am sure not everyone will agree with his conclusions.  Sadly, we live in a day and age where reasonable, heartfelt and thoughtful conversations on these and other issues are not always done in a way that makes either side of the issue look good.

Ingram challenges the reader to stand for righteousness while still showing the love of Jesus Christ. In a day when words like intolerance, hate and compromise seem more the norm, it is refreshing to see a call to a proper Biblical response.

Do yourself a favor and pick this one up.

This book was provided for review by Graf-Martin Communications and Baker Books.

I bought a puppet last week.

Though I grew up loving the Muppet Show, I never thought about actually operating puppets myself.  Sure, there was that one time in Croatia where I did a puppet show at an orphanage with a friend but that was an isolated incident.

After discussions on new ways to capture the little kids' attention at church, we decided to give a puppet a try.

I brought home the puppet (the one in the picture) and began looking for a voice. My four-year-old sat with me and kept weighing in on the various voices.  He made for a tough audience and shot down nearly every voice I came up with. I finally found one to his liking, and that's when "Hank" came to life.

As soon as Hank started talking, my son completely ignored me and began talking to the puppet.  He asked lots of questions, told him stories, and made it clear that Dad was just an appendage on the end of the puppet's body.  After a time of interaction and engagement I said that Hank needed to go to sleep, at which point my son began talking to me again!

This morning I began discussing how to use the puppet at church.  I wanted to talk about fear and mentioned how it would be good to have Hank learn a verse about fear.  Immediately, my four-year-old piped up and said, How about "Do not fear, for the Lord is with you?"

Recognizing the paraphrase of Joshua 1:9, I was excited that my son was able to recall a Bible verse applicable to fear and was able to use it appropriately. He will now teach Hank that verse in church this week.

Maybe this puppet thing won't be so bad after all!
Posted by RDA at 6:37 PM No comments: 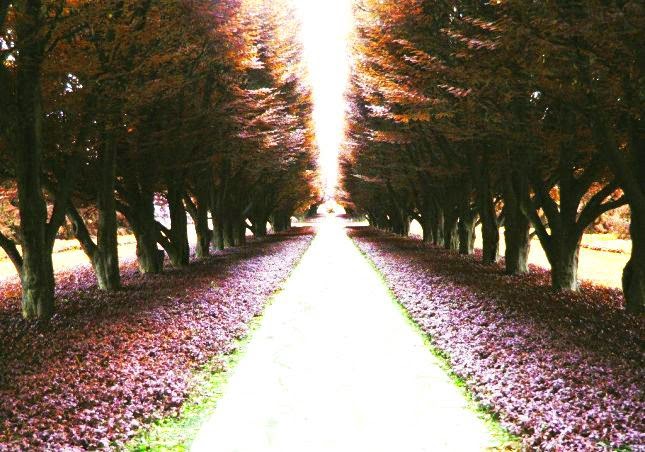 Occasionally I will hear snippets of words or phrases when my kids are playing or chatting and they just resonate with me.  This past summer, the words spoken by my children had me thinking about eternity!

Not too long ago, my son was learning time and measurement. Holding his hands wide, he asked his sister if that was how long forever was.  My daughter's response was, "You can't measure forever!" Truer words were never spoken.

When you think about eternity, it is hard to measure with our finite minds. As a pastor, I speak of heaven and hell...but I do not know if I convey eternity in the way that my daughter did that day.  We live in a world of time and measure.  When we think of spending eternity with God in heaven, I do not think our minds can conceive the true reality of it all.  How do you measure the immeasurable?  How do you quantify the unquantifiable?  Eternity is a mystery we won't completely understand until we stand before the Father!

But, as it is written, “What no eye has seen, nor ear heard, nor the heart of man imagined, what God has prepared for those who love him” (1 Corinthians 2:9)

In fact, the Lord has set eternity in our hearts!

"He has made everything beautiful in its time. He has also set eternity in the human heart; yet no one can fathom what God has done from beginning to end." (Ecclesiastes 3:11)

I think the joy is in the journey.  Which can be a problem for me!  I'm not a patient traveler.  I enjoy the destination but not the journey there.  I don't know why that is.  I get in the car and I want to get to my destination. As we traveled on vacation this summer, my son kept asking how long it was to various destinations. As we talked about how long it would take to our next stop, he said, "No matter how long it takes, we will be there soon."

Life on this earth is fraught with problems.  Some days it seems like you take 1 step forward and 3 steps back before getting hit by a bus. Perseverance is not a sexy word.  It sounds hard and--well,--hard!  My son's words reminded me that life is short. The older I get, the faster time seems to fly. My journey will be coming to an end. I will be there sooner rather than later. I am traveling home!

As I said, the joy is in the journey.  I have become more eternally focused.  Not in a maudlin, depressed sort of way but in an excited-to-sit-at-the-feet-of-Jesus kind of way.  I also want to see those around me take the same journey and travel home to the Father as well.

Traveling home...a road trip I can get excited about.