Jen Bricker is a spitfire. If she has anything else left on her bucket list it is not from a lack of effort! This young lady is up for any challenge and according to her book, Everything Is Possible, the word can't is a bad word!

I first came across Jen's story in an issue of the Salvation Army's magazine Faith & Friends. I was intrigued by her story and so when I came across her book at our local library, I picked it up to give it a read.

Well this is by far one of the most encouraging books I have read in a long, long time. Jen was left in the hospital at birth, adopted by a loving family after a time with foster parents, and raised to believe that everything was possible. She never let the fact that she has no legs stand in her way.

Her story has been aired around the world, more so after she found out she was the sister of Olympic Gymnast Dominique Moceanu. Jen is an athlete in her own right and is a professional aerialist. It is her story of faith though, woven throughout the book, that shows Jen Bricker's true strength.

Her's is a story of faith, resilience, passion and possibilities. Vulnerable, open and honest, this is a book that begs to be read and shared with others. I could not put this book down. I also found myself praying for the strength to overcome my own adversities in the same way Jen Bricker has faced hers, in the strength of the Lord.

Do yourself a favor and give Everything Is Possible a read.

Stop by next week and I will have an interview with Jen Bricker in a renewal of my 5 Questions interview series.

I Can Only Imagine

Let me start this off by saying I do not typically enjoy Christian movies. Sad, but true. I find that most Christian films that I have seen are of poor quality, really bad acting and seem to only exist to get a specific message across. Now that may not be true for all films in this genre but I have yet to find one personally that has much in the way of quality when compared to typical Hollywood fare. In my opinion, Christian based media should be just as good as the alternatives.

I say all of the above because when Graf-Martin Communications offered me free tickets to see I Can Only Imagine, I was interested, based on the trailer, but not expecting much.

I Can Only Imagine is based on the true story of Bart Millard, lead singer of MercyMe. This is the story behind the hit song and title of the film.

My expectations were low but this film went way above anything I expected. This is how a Christian based move should be done. T|he acting was superb, led by Broadway star J. Michael Finley. With well known cast members including Trace Adkins, Dennis Quaid and Cloris Leachman. Every actor added depth, humor and passion to their roles.

I probably laughed more during this film than  any movie I can recall. The humor was well-timed and most of the theatre was laughing out loud at all the right places. Yet interspersed with that humor was a heart-wrenching story of abuse, romance, abandonment and redemption that also had me wiping my eyes on more than one occasion.  Not many films have ever brought me to this much of a visceral response.

I Can Only Imagine did well at the Box Office in its first week and deserves a wide screening. If you get the chance to see this movie you need to do so. You will not be dissapointed.

You can check out the movie's website here: I Can Only Imagine

I recently took part in a prayer chain and as my time was drawing to a close I started singing these words...after a few times through I decided to write them down.

Jesus
Kneel before Jesus
Come in His mercy
Seeking His grace

Jesus
Oh come King Jesus
We need you Jesus
Please give us Your grace
Posted by RDA at 7:00 AM No comments: 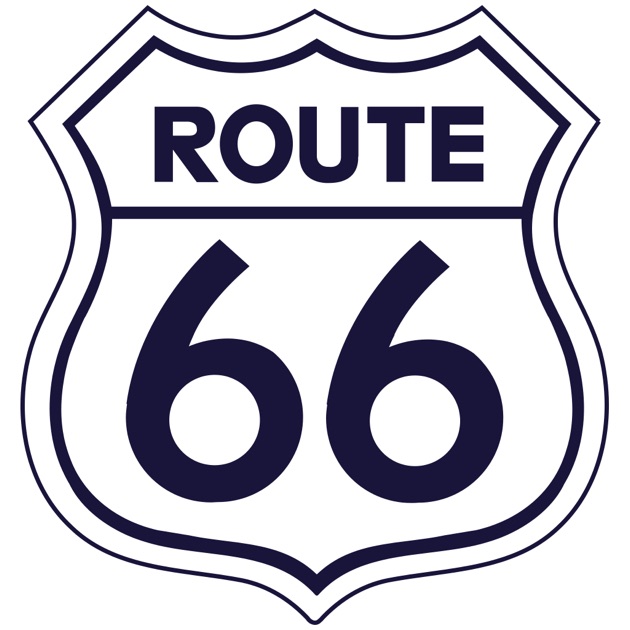 Built in 1926, Route 66 originally went from Chicago, Illinois to Santa Monica, California. It went through many small towns and past unique shops and businesses. Then the Interstate Highway Act was created by Dwight D. Eisenhower in 1956 and it began the death knell for Route 66. It took some time but the highway was officially decommissioned in 1985.

The highway is still there. The Interstate system incorporated some of it when new roads were being laid down.

Other sections have fallen into disrepair. You can no longer drive from beginning to end. You can still find Route 66 though if you are looking for it.

Many years ago, my wife and I drove across the US and I was determined to ride on Route 66.  Every now and then I got off the interstate and traveled down this lost highway. We saw abandoned buildings and the occasional still operating business. This journey was like taking a step back in time.

This forgotten way wasn’t so bad. There was still life there. With all of the hoopla dispersed by the new way of traveling the old way was called antiquated, useless, worthless. Life still exists on Route 66 though. People make a living and are happy! Today many new travelers dip their toes in the old way, the joy spreads across their face and they know they have found a simpler way. Something
resonates within them, calling them to travel the road less taken.

I was thinking about Route 66 while contemplating my faith journey. It started off so simple. Just me and Jesus. Read my Bible, attend church spend some time in prayer. Then things got crazy. I pushed in and pulled away many times as I got distracted by life. The older I got the more often I forgot the simple times of the early days. Just me and Jesus. I let to many voices in…the cynics, those who walked away from the faith, or never fully believed. I never gave up but I got distracted.

My faith was built on the substance of things hoped for and the evidence not seen. (Hebrews 11:1) Yet in that, I saw God move in mighty ways. The sick, even deathly sick, were healed. Miracles happened. God provided in amazing ways.

I miss those days. I am endeavoring to not go backwards in my faith journey but to remember the simpler days. To return to a time where all I needed was Jesus, my Bible, a healthy prayer life and fellowship with other believers. I want to fully immerse myself again into the waters of a life found in Jesus Christ.
Posted by RDA at 6:30 AM No comments:


Just a little poem that I scribbled out this morning.

I've Seen too Much

Peter and John were hauled before the leaders and told in no uncertain terms they could not talk about Jesus Christ. They were threatened and that threat was real, palpable. Yet Peter and John, in the face of pressure were able to say:

Think about that for a moment. These two had every reason to NOT speak abut Jesus. Most people threatened with prison, beatings, death…they would hesitate to continue a course of action that would see that as the end result. Jesus was gone. Taken up into heaven. Peter and John could have very easily pulled back from their public proclamations.

Instead they said they couldn’t stop speaking about what they had seen and heard!

They had a testimony!

Later in Acts we see that James was beheaded and Stephen was stoned to death. Peter was thrown in prison. There were consequences for speaking about this Jesus.

“We proclaim to you what we have seen and heard, so that you also may have fellowship with us. And our fellowship is with the Father and with his Son, Jesus Christ.” (1 John 1:3)

I think about the state of our faith today.

It seems many have gotten distracted by the “culture wars” and, at least on social media, people seem angrier and have wrapped themselves in an “us against them” mentality. Christians seem to want to fight politically (at least in the US) to stop “those people” from winning! I have to say that the “sins” of society will not be won politically! We can try to legislate morality but political gains will not change the hearts of man. Government funding may allow Christian organizations to keep doing our social service activities but it won’t save lives from the pit of hell!

We need to get back to the Peter and John way of communicating. We need to stop talking about what we’re against/for and start telling our stories.

We have a testimony!

Let us remember how the Lord has moved in and through our lives and then proclaim HIM boldly!
Posted by RDA at 1:59 PM No comments: