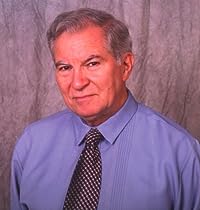 Following his 15 years of missionary service under World Team among tribal peoples in Papua, Indonesia, Don Richardson became a conference speaker representing World Team on behalf of Christian missions. He has authored numerous books.  His teaching and writing ministry has spread internationally and continues to this day.

Don's books, Peace Child, Eternity in their Hearts and Lords of the Earth were the first mission books I ever read and profoundly influenced me as I began my own time as a missionary in Croatia.

1.What are Redemptive Analogies?

2. Where do you see missions today as compared to 30 years ago?

Today's missionary activity is ever so much more varied, culture-sensitive, widespread and focused than it was in the past, especially more than 30 years ago.  Opportunities abound for people of all ages and from all walks of life to participate in cross-cultural ministry via short-term, project-focused trips. Veterans of such trips frequently commit to longer-term service.  Missionaries now serve in countries where a visa stamp of "missionary" prohibits entry; but they artfully enter and work therein as educators, medical professionals, engineers, environmental specialists, artisans, etc. Many mission agencies now recognize the wisdom of sending out workers with a heart to take the Gospel and help plant churches, via professions desired by the "host" countries.

3. In your opinion, what challenges lay ahead for missions?

A. Recession-induced difficulty of raising and then retaining, let alone increasing, levels of financial support.

B. The resurgence of ultra-Calvinism in our midst. If this claim startles you, read my latest, Heaven Wins (2013). Surprise will soon give way to shock as I expose the aberrations that Augustine, Calvin, Luther and their state-church-favoring ilk imposed in place of the benign apostolic character the Church was meant to manifest and the mission she was created to fulfill. Tens of thousands of graduates from Reformed seminaries have been 'left in the dark' about the full story. Chagrin follows shock when readers discover how each aberration corresponds to at least one aspect of Calvinism's 'TULIP' formula. Defining God's grace as a force that operates irresistibly, for example, translates to the church unleashing similarly irresistible force against fellow-Christians like the Donatists, against critics, heretics, Jews and Muslims. Dutch Reformed Christians in South Africa, e.g., found racist apartheid to be thoroughly consistent with their theology. They refused even to baptize blacks who believed in Jesus. When Anabaptist missionaries arrived later and insisted on baptizing black converts, Dutch Reformed Christians forcibly deported the Anabaptists from South Africa! Any resurgence of that kind of theology - even if it seems benign at first - has the potential to resort to its own historical precedents over time.

C. The American population's naivete regarding what Islam is up to and capable of. I wrote Secrets of the Koran (2003) hoping to dilute that naivete to at least some degree.

4. I noticed on your website that you have turned to creating amazing works of art. How did that develop?

In my youth, I constantly drew and painted my favorite things. Many thought I was destined to a career in art. Eventually, finding that whereas pictures tend merely to captivate, words have a much greater potential to motivate, I shifted my focus to speaking and writing.  However, in late 2007, after 44 years without touching a brush to canvas, I sensed God leading me to rediscover and employ the gift He had imparted earlier so as to depict positive aspects of Papuan humanity.

5. You served on the mission field for years, then later worked with the US Center for World Missions, what are you currently involved in?

As minister-at-large for World Team, I accept invitations to speak nationwide and, to a lesser degree, worldwide. Yet all the while I have kept pursuing, and believe I have actually found the ultimate redemptive analogy for all of mankind. It proves to be a comprehensive, fully-integrated 22-law 'unified field' under-girding everything that true theology and valid science have been testifying to for ages. That is what my 5th book, Unhidden (2010, 2nd ed.--available on my website, www.donrichardsonbooksales.com)--is all about. In Unhidden, I zealously defend, for example, God's Genesis 1:6 planar mode of creating the cosmos against the Big bang Cosmology's everything-emerged-from-a-single-point concept.

This contrasts ever so opportunely with Big Bang Cosmology's concept of a beginning in which matter and antimatter from catastrophically intermixed at a single point, resulting in their immediate mutual annihilation followed by the arduous task of trying to explain how this well-ordered cosmos could result from such and utter disaster.

If you get the chance, check out Don's website here.
Posted by RDA at 2:56 PM