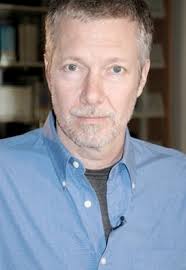 Today's Guest is Dr. Kevin Bales. An expert on modern slavery and President of Free the Slaves, Dr. Bales lives in Washington DC. Free the Slaves is the sister organization of Anti-Slavery International (the world’s oldest human rights organization). He is Emeritus Professor of Sociology at Roehampton University in London, Visiting Professor at the Wilberforce Institute for the Study of Slavery and Emancipation, University of Hull, as well as serving on the Board of Directors of the International Cocoa Initiative.

He is the author of Disposable People: New Slavery in the Global Economy and numerous other books on the subject of slavery.

Here is my interview with Dr. Bales:

Question 1: What was the catalyst for you co-founding the non-profit organization Free the Slaves?

When I published my first book on modern slavery, Disposable People, it seemed to set off a chain reaction. Many people have said that the book introduced them to the existence of contemporary slavery. I had served on the Board of Anti-Slavery International in London (the world's first human rights group, founded in 1787) and I had come to wonder why there was no broad-based anti-slavery organization in the United States. So, when I came over on a sabbatical and book tour just after Disposable People was published, I was asking everyone - "Would you be interested in an American anti-slavery group?".It was through this book and book tour that I met Peggy Callahan and Jolene Smith. They contacted me after reading it, and together, we envisioned a global organization that would raise awareness about modern day slavery—and work to eradicate it. We sat around a kitchen table in Oxford, Mississippi, where I was teaching at the time, and hashed out the blue print of what became Free the Slaves. We officially launched in 2000.

Question 2: Your website says: We don't waste time debating which kind of slavery is worse— brick kilns or carpet looms, sex or domestic, new or old—it's all horrible. Do you feel too much time is spent debating the issue?

For those of us who live in freedom it is absurd to make invidious comparisons about different types of slavery, we simply cannot fathom the reality of slavery. For the person who is enslaved, no matter what kind of slavery it is, it feels like the worst kind. And slavery can take almost any form. As long as there are communities where there is corruption and failure of the rule of law, there will be slaves. As long as impoverished people are driven away from home in search of work, there will be people vulnerable to traffickers. Slavery is the end result of a complex web of “push factors,” specific to each community it occurs in. So it is a mistake, I think, to only focus on the end result—this or that particular kind of slavery. To eradicate slavery, we have to work to stop the conditions that cause it to happen in the first place.

Question 3: What kind of work does Free the Slaves actually do?

Our work can be put into three main categories: the absolute core of our work is liberation and reintegration of enslaved people - everything else is aimed to support this work and it is where we spend the majority of our funds and the majority of our energies. I am proud to say that if you look at how our staff is divided, for every person in the office there are ten liberators on the ground getting people out of slavery. We can achieve this remarkable ratio by partnering with organizations around the world to do the frontline work of rescuing and rehabilitating victims of slavery. To support liberation we also raise awareness about slavery, and educate the public; and we influence policy and legislation. We also look at supply chains. There is slave labor behind many commonly used goods, like the steel in our cars and the minerals in our phones and laptops. We work with industry and policy makers to eradicate slavery in supply chains.

In our frontline work, our approach is to work with local organizations. Free the Slaves doesn’t believe in parachuting in and calling the shots. Slavery looks different in every community. So we find organizations that are plugged into the local communities, and have a track record of bringing people out of slavery, and guiding them into full emancipation. We also look for an organization’s ability to nurture a free community—to eradicate the push factors that create a population vulnerable to slavery.

We also give out annual Freedom Awards to organizations and activists who exemplify the most successful anti-slavery methods. Most of these awards go to survivors of slavery who now dedicate their lives to bringing others to freedom. These survivors are the leaders of the anti-slavery movement.

Question 4: How big is the current problem of slavery?

There are 27 million people enslaved in the world today, more than any other time in history. But as Bill Clinton said in a speech last year, this is actually a very small population of the world—less than half a percent of the world’s people.

Slavery is not an insurmountable condition. If we all work together, we can end slavery in our lifetime.

Question 5: How can people help? Specifically what can the church today do to help?

The first thing anybody should do, is educate yourself. Learn how slavery affects your own community. Many common household items have slave labor in their supply chains. Find out if there are any local organizations that specialize in human trafficking and slavery. Many rely on volunteers for their day to day operations. Organize fund raisers. It is a little mundane, but one of the greatest needs of the modern anti-slavery movement is stable income as opposed to one-off grants that come and go. Liberation is a 24/7, 365 day a year job - and we need a stale reliable income - so we urge everyone to make a small (painless!) direct payment to their favorite anti-slavery group - something like $10 per month. These are some of the ways that you can get involved in the anti-slavery movement.

Some good resources: the Free the Slaves website and blog:

My thanks to Kevin Bales and the staff at Free the Slaves for participating in and helping to arrange this interview.

There you have it. It would also be worth mentioning again the Freedom Awards, which Dr. Bales spoke about. They are taking place November 7 in Los Angeles. It is the biggest anti-slavery awards show in the world (possibly the only one, at this moment!). And tickets are now on sale.
You can find more information on the Freedom Awards here: http://www.freetheslaves.net/Page.aspx?pid=542
To see past 5 Question guests, check out the rotating interview links on the sidebar.